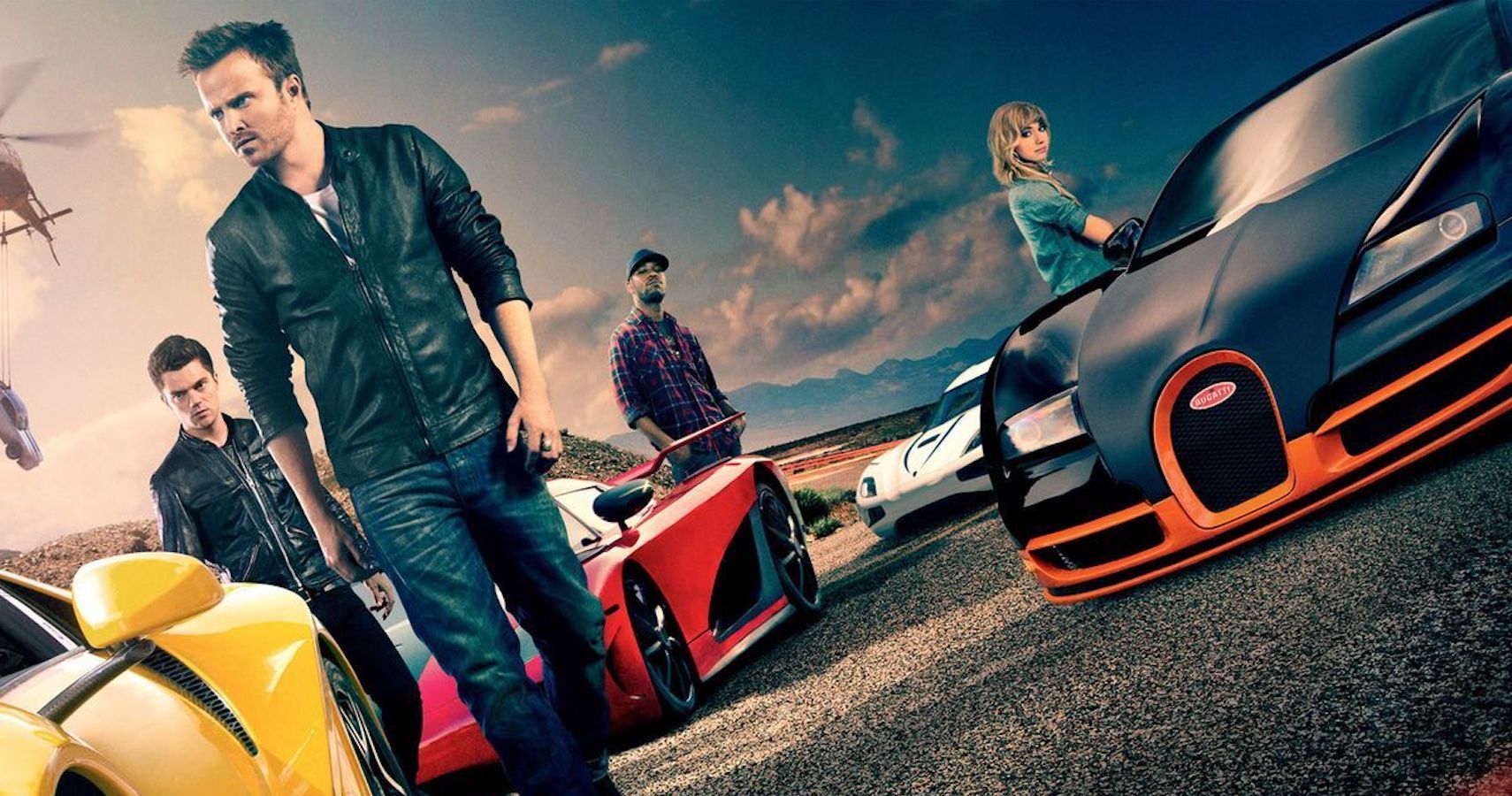 Aaron Paul is probably best known for his role as a crystal meth addict on the hit series breaking Bad. But you might also have seen it in the high-octane automotive action thriller Need of speed.

In the 2014 film, he plays a struggling speed shop owner and a former racing driver who participates in illegal street racing. The storyline has him embarking on a race across the country in a Ford Mustang (the hero’s car) to avenge his friend’s death.

The director, Scott Waugh, chose to shoot the majority of the stunt scenes using live action cameras. Only a few of the film’s explosive street action sequences use CGI techniques.

Paul, a car enthusiast who drives a 1965 Shelby Cobra, was keen to undertake many of the stunts himself. And, for him to do so, he had to convince Waugh that he was up to the task.

RELATED: Here’s What Happened To Need For Speed’s Mustang

Aaron received expert training from Rick Seaman and his team of veteran stuntmen at Motion Picture Driving Clinic in California. The specialized training school has a whole fleet of vehicles and a closed track allowing students of all levels to train in complete safety.

The Motion Picture Driving team uses a combination of light classroom study and hands-on practice to train new stunt drivers. And they gave Paul some key tips on how to really push a car to its limits. He received lessons on how to drift a car, reverse at high speeds, make 180 degree turns and extreme braking.

In a behind-the-scenes video on IGN’s YouTube channel, we see it in training. He was seen smiling at the on-board camera as he attempted a series of key maneuvers and tried to avoid running into cones in the clinic’s bright yellow sedan.

After Aaron’s short training, Rick had this to say about the actor’s drive: “Some people are born with it, some aren’t. I can say Aaron is.”

RELATED: Here Are Some Tips On How To Pull The Best Powerslides

Aaron Paul enjoys the ride and achieves his goal

We were eager to hear what director Scott Waugh thought of Paul’s ride. After the movie, he had this to say:

“When I picked Aaron, I was really looking for the next young Steve McQueen. I saw Aaron as the guy. But I thought, ‘could he drive?’ I told him he needed to learn how to drive stunts, and he was all for it. I was nervous because most actors can’t drive race cars. So I asked my stunt man how he was getting by after the first day of apprenticeship, and he turned to me and he said, “If the movies don’t work out for Aaron, he can always be a stuntman.” He’s got the finesse, he doesn’t he doesn’t muscle the car, he lets the car work for him. He hasn’t had any accidents.”

When you watch the movie, Scott’s bet worked. His decision to allow Aaron Paul to do his own stunts paid off, as he was a natural behind the wheel. And the live-action shooting strategy definitely worked. Paul and the other pilots delivered epic stunts which proved to be a real treat for the audience. It turned out much better than if they had sat inside stationary cars and tried to play out all those deft driving moves on green screen.

Rob Charles is a freelance writer with a passion for cars.