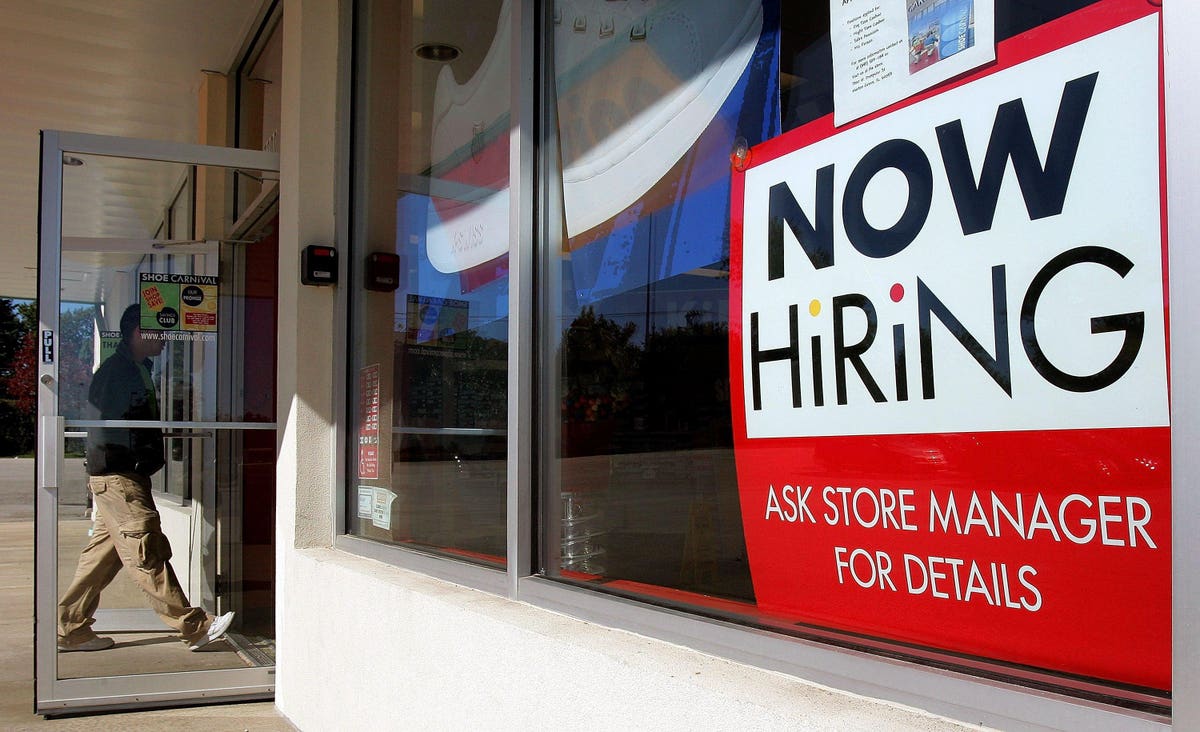 Here’s how leaders can manage labor shortages and skills mismatches

Finding the signal in the noise around American jobs

It has now been more than two years since COVID-19 disrupted the labor market. As the US tries to get back to normal, what do the jobs numbers tell us about where we are? Some contradictory trends make it hard to decipher, but there are clear lessons and urgent calls to action that leaders cannot afford to ignore.

First, GDP, both globally and in the United States, has recovered to pre-pandemic levels, although it has not returned to the pre-pandemic growth trend. In fact, US GDP brought GDP back to pre-pandemic levels in the second quarter of 2021. But it often takes longer to recover jobs after a downturn – and due to the lingering effects of COVID-19 and speeding up automation, it may take even longer this time. The United States still has 1.2 million fewer non-farm jobs than before the pandemic.

What is different about this recovery, however, is the unemployment rate. Coming out of the Great Recession, unemployment remained stuck above 9% until the fall of 2011. Today, unemployment is at 3.6%, its lowest level since 1969.

As any hiring manager can tell you, the US job market is extremely tight right now. There are more than 11 million job vacancies and only 6 million unemployed people actively looking for work. Several factors explain where the missing workers went. The pandemic has caused a wave of early retirements. Other workers left the workforce to start their own small businesses. Others have left the workforce and would be ready to return, but not quite yet. Additionally, immigration had already been declining since 2016, and it plummeted once the pandemic hit.

Much has been written about how tight labor markets tip the balance of power in favor of workers. But the overall employment picture is less rosy for women and minorities.

The pandemic has caused many women to quit their jobs. In April 2022, of the 1.2 million missing non-agricultural employees, 800,000 are women and only 400,000 are men. Household surveys also confirm this: in terms of the full labor market (agricultural + non-agricultural), there are 400,000 more men in the active population (working or unemployed and actively seeking employment) than two years ago before COVID, but there are now 950,000 fewer women. It’s a stark difference: men in the labor force have increased by 400,000, while women in the labor force have shrunk by almost a million compared to two years ago. Some women have gone out to care for children or elderly parents, or to protect their own health or that of their loved ones. On average, women tend to stay out of the labor market longer when they are unemployed, and the risk is now increasing that some of these women will stay out of the labor market permanently. Expanding access to affordable childcare could remove one of the biggest barriers to many women returning to the workforce.

However, the difficulties in hiring are more complicated than just the number of missing workers. The job openings that do exist are generally for high-skilled positions, and many job seekers do not have the skills employers are looking for. It’s not just a numbers game. It is also a structural mismatch within the labor market, and one that is becoming increasingly urgent as the adoption of automation technologies accelerates.

What should a leader or CEO do in light of the current labor shortages, not to mention the skills mismatch that could worsen over time?

Job number one is retention and recruitment. Wages are rising, but many workers today say pay is a table stake. They also seek meaning and purpose in their work, flexibility in the way they work, and good colleagues. Companies will need to redouble their efforts to attract more diverse talent so that the exodus of women and minorities does not roll back years of progress.

Second, in the medium to long term, CEOs and leaders can strategically plan what future jobs will look like and what skills will be needed. Workers consistently say they value the opportunity to learn and grow. Giving challenged employees the training and skills development opportunities they need to grow internally can be a win-win.

The United States also needs CEOs and leaders to engage more broadly. Most workers will need greater technological skills and more social and emotional skills in the future. We need to deliver the right training at scale and make it easier for people to move from declining professions (like administrative assistants, customer service or catering) to growing professions (like health services and STEM professions) . There are good examples of companies doing this, but most are training dozens or maybe hundreds of employees, not at the scale needed.

Given that 17 million workers will have to switch industries completely over the next decade as automation advances in the workplace, the United States needs a mini “Marshall Plan” for skills, with large-scale digital partnerships involving government, employers and educational institutions. Every company and organization can play a role in moving away from the old paradigm of four-year degrees and moving towards skills-based recruitment and more modular and targeted training and education programs.

The jobs figures signal that the rebound from the COVID recession will not be straightforward. Businesses are going to have to navigate demographic trends, technology trends, and skill shifts, while reimagining the employer-employee relationship.