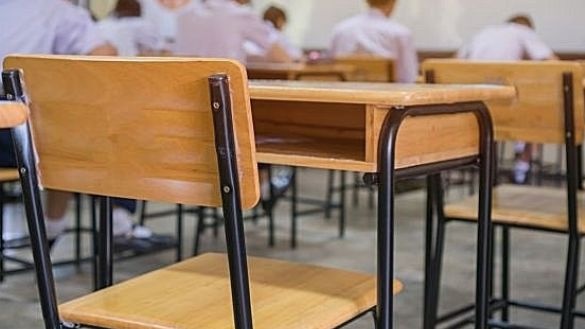 The global education crisis will survive the pandemic

At Moroto High School in impoverished north-east Uganda, more than a fifth of pupils were on Irish Aid scholarships when I visited last year. Their tuition was covered, as well as pocket money and other necessities. The director, Father John Bosco Kutegana, called the program “magical”. “Especially for girls, we are seeing a lot of changes,” he said.

I met two enthusiastic fellows. Gladys Chenangay (17) told me she grew up seeing neighbors weakened by malaria and unable to find medical help. “I want to be a doctor, I want to help people in my village,” she said.

Aaron Osire Lotee (18) is from Nakapiripirit district, where government statistics indicate that over 70% of the population is illiterate and one in eight children of primary school age were not attending in school, even before the pandemic. He had already spent more than a year out of school, due to poverty, before being chosen for the scholarship.

Lotee’s loved ones counted on him to do well. “My mother is very happy because she knows success and she knows that I am the one who will change our family,” he told me. “Even my neighbors are very happy. God opened my way.

I interviewed the students while reporting on a planned article for this journal, which was never published because of what happened soon after, when the pandemic forced shutdowns across the world.

Now, 19 months later, a new school year has started, but more than 100 million students around the world are not returning to school. The world is facing what the World Bank has called “the worst education and learning crisis in a century”.

Some 1.5 billion students were out of school or university last April, according to UN figures. Save the Children has just published a new report indicating that around 16 million children may never return at all.

In much of the world, education is a form of hope; the greatest chance a young person has of improving his or her life.

Yet today in Uganda, schools remain largely closed, with the president at one point saying he would wait until enough schoolchildren were vaccinated to reopen – a daunting challenge in a country where fewer than 1.5 million doses of vaccine had been administered by the start of this month, among a population of around 44 million.

There are at least 16 other countries where schools remain closed nationwide, and there are partial closures elsewhere. Nearly 115 million children are affected.

Five countries, including the Philippines, Bangladesh and Venezuela, had not allowed any in-person classes for students since the start of the pandemic, the United Nations Children’s Fund (UNICEF) said in late August.

Risks for out-of-school children include early marriage or girl pregnancy; child labor, as young people are recruited to support their families; and increased malnutrition among those who no longer have access to school meals.

Even when education resumes, many parents — who have exhausted their savings to provide for their families during the shutdowns, or have lost business due to the pandemic — may not be able to cover the associated costs.

The longer schools remain closed, the greater the gap between rich and poor, as many children lack access to the internet, radio or television, electricity, books or other resources of learning. Last year, Unicef ​​said a third of schoolchildren around the world could not access distance learning.

In February, Amnesty International said the pandemic revealed how South Africa’s education system continues to be shaped by the legacy of apartheid, exacerbating inequality in a country where only 10% of households have an internet connection and thousands of schools have no running water.

In Moroto, in northeastern Uganda, I asked Director Kutegana what he knew about Ireland. “You were very poor,” he said. “But education has transformed your society”

“A child’s school experience in South Africa always depends on where they are born, how wealthy they are and what color their skin is,” said Shenilla Mohamed, Amnesty International’s Executive Director for Africa. from South.

In March, the World Bank predicted that the resulting loss of learning and productivity in Latin America and the Caribbean could result in a $1.7 trillion ($1.44 trillion) drop in income. euros) for the region.

“This is the worst education crisis ever seen . . . and we fear that there could be serious and lasting consequences for an entire generation, especially for the most vulnerable sectors,” said Carlos Felipe Jaramillo, vice- President of the World Bank for the region.

Growing inequalities extend to higher education. A survey conducted last year by the International Association of Universities found that less than 30% of African higher education institutions were able to offer online courses, compared to 60% in Asia and the Pacific and 85% in Europe. Nearly a quarter of African institutions said classes had been canceled altogether, with no attempt to develop alternative ways of delivering education.

In Moroto, in northeastern Uganda, I asked Director Kutegana what he knew about Ireland. “You were very poor,” he said. “But education has transformed your society.”

As long as this crisis continues, many other societies will not be so lucky.