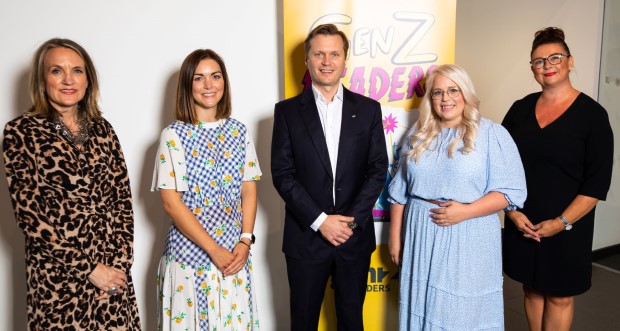 It aims to equip every young person in Scotland with world-class leadership skills and decision-making abilities.

GenZ Leaders is a brand new Scottish registered charity. The Leadership and Meta-Skills Program is the Foundation’s newest and largest initiative, which is the vehicle used by automotive group Peter Vardy to distribute 10% of its profits to worthy causes. He donated over £500,000 last year to support groups during the pandemic.

At an event in Perth, an audience of some 70 people, including education specialists and teachers, spoke to Gavin Hastings, the former Scotland rugby international whose leadership on and off the pitch has inspired generations of followers.

Four secondary schools across Scotland – Barrhead High in East Renfrewshire, Lourdes Secondary in Glasgow, Morgan Academy in Dundee and The Glasgow Academy – will now take part in a test and learn a pilot of the program from this month (September 2021).

It is then planned to roll out the GenZ Leaders knowledge and leadership skills program nationwide, with a potential reach of 360 schools and 290,000 young people, before expanding further to the UK and internationally.

Peter Vardy, President of GenZ Leaders, said, “We are very proud to help integrate Gen Z leaders into our schools to equip young people with the skills to deal with the complexities of a world facing unprecedented challenges.

“This is the first step in creating a leading digital leadership program that will complement existing offerings and be delivered by teachers to help students access top post-school destinations.

“We hope GenZ will inspire young people to see themselves as part of a larger community of young leaders who support each other and their local communities and engage with global issues.”

Becca Dobson, Director of Education for the GenZ Leaders team, added, “We are so grateful to Gavin Hastings for his inspirational message and excited to see the program kick off with the participation of such prestigious and pioneering school partners.”

“This initiative is for all young people and we want to give them the skills to follow their hearts and create their own future. We believe that anyone can be a leader and that early interventions are more positive and lasting.

2021-09-01
Previous Post: Office of Global Education | Edinburgh University
Next Post: From a training institute to a world leader in education: the INSOFE journey