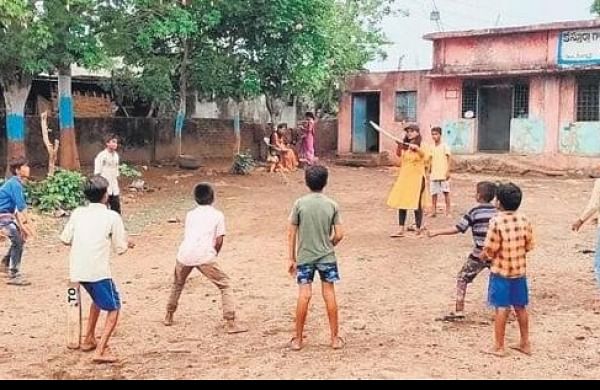 ADILABAD: The district administration of Kumurambheem Asifabad on Thursday launched ‘Teach in Asifabad’, an internship program. For the six-week program, interns were selected from state university students. Along with extracurricular activities, interns would help improve children’s skills in education, livelihood and learning outcomes.

Officials said the main goal of the program was to help educate students in grades 2 through 10 and identify their potential in various fields. After being solely subject to online teaching during the Covid-19 pandemic, students have lost their ability to learn, they added. Three gram panchayats were chosen from each mandal for the implementation of the program. Two trainees were appointed to teach the children in each gram panchayat.

To keep the children engaged, various types of extracurricular activities have also been chosen. While the trainees of Mangi gram panchayat teach arts and crafts, those of Kothapelli of Linpapur mandal teach kabaddi and kho kho. Similarly in Kagaznagar, yoga, kho and carrom are taught, kabbadi is taught at Sirpur T mandal, mountaineering at Tiryani mandal of Sungapur gram panchayat, volleyball at Tiryani mandal of Gudepet gram panchayat and elocution at Mukudamguda, among others.

Collector Rahul Raj asked additional collector Varun Reddy to implement new ideas to improve skill development in Adivasi children. Jennifer, coordinator of “Teach in Asifabad”, says that if three mandals, Kagaznagar, Rebenna and Lingapoor, were chosen for the pilot project, it would also be launched. over eight mandals by May 10.