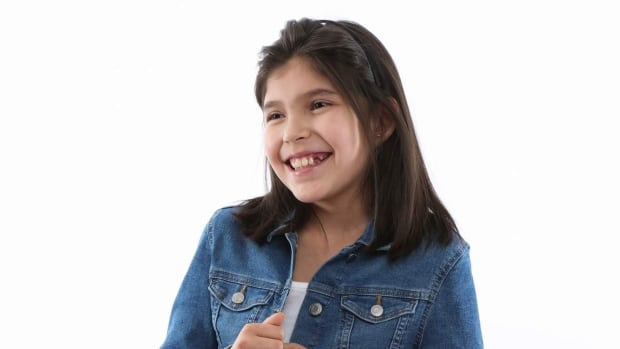 How to tell the difference between a female partridge and a male? Look at the coloring of his tail, says Sigon Nottaway.

Partridge identification is just one of many lessons the bubbly 10-year-old Algonquin girl has taught her family and friends through her mother’s social media.

“It’s just who I am,” said Sigon, who is a member of the Algonquins of Barriere Lake and lives in Maniwaki, Que., about 120 kilometers north of Ottawa.

“I always watch tutorials and thought I could make my own.”

So far she has made many videos on how to clean and identify partridges, as well as a step-by-step process on how to make maple syrup. Interwoven throughout is a lesson in the importance of conservation.

“My dad always taught me to hunt, never get too excited, never show off,” she said.

“It’s disrespectful to animals because you don’t take an animal if you don’t need it. You take it when you really need it and when you want food.”

10-year-old demonstrates how to clean a partridge

Far from being camera shy, the videos are a way for Sigon to practice his chops while sharing valuable cultural knowledge about hunting, trapping and fishing.

“It’s what she loves to do,” her mother Tina Nottaway said.

With aspirations to be an actress and model, she plans to travel to Los Angeles this summer to attend the International Performers Showcase, a talent promotion event that brings together hopefuls wanting their big break with agents and managers.

“I’m excited to play there and show them what I have,” said Sigon.

For her mother, the trip will be an important opportunity to showcase her daughter’s many interests and talents.

“The longer she’s out there, the more she can bring to others,” Tina said.

“We live in a very small community and there aren’t a lot of opportunities for something like that. It’s hard to find anything that they can participate in just to be themselves.”

Rakwirenhtha Diabo, a Kanien’kehá:ka (Mohawk) elder from Kahnawake, south of Montreal, was the facilitator of a program that provided youth with activities based on traditional culture and teachings. Each year they spent a week on Algonquin territory with Nottaway’s family.

He said it’s important for young people to grow up learning traditional skills, and he saw how Sigon quickly started teaching young people twice her age. He was also impressed with his videos.

“When I saw these videos…I said ‘Saint Moses’, I was amazed. She’s already a presenter,” Diabo said.

“She’s been this natural teacher since she was growing up. I couldn’t believe it. It really gave me insight into the endless possibilities of our children.”

For Sigon, she just wants to share what she has learned with others.

“I just want to teach and inspire people, and show them what I can do.”