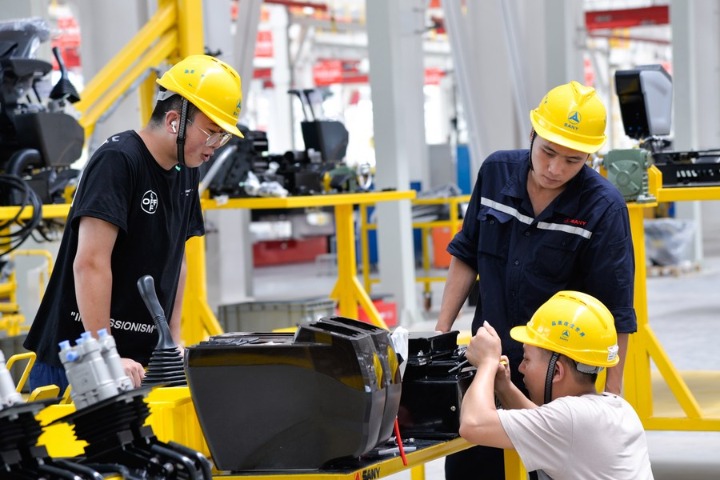 China’s success in developing talent offers prospects for those who wish to see improvements in the economic competitiveness of the United States.

“It’s clear that China has a long-term plan, and it’s prioritizing domestic resources toward that plan to elevate the potential of its people,” said Ryan Hass, a senior fellow at the Brookings Institution, during an interview. a webinar on the topic “The landscape of human capital in China”. “.

China devotes many resources to the fields of science, technology, engineering and mathematics – collectively known as STEM – and higher education more broadly, Hass said at the event. organized by the Center for Strategic and International Studies, or CSIS. He said the nation is also funneling talent into these pipelines dedicated to advancing national goals.

Hass is one of the authors of the report “How China’s Human Capital Impacts Its National Competitiveness,” released this month by Brookings and CSIS. According to the report, through statements by senior leaders and accompanying policies, the Chinese government recognizes that advancing the country’s human capital will be key to securing China’s future economic and geopolitical potential.

Emily Weinstein, a research fellow at Georgetown University’s Center for Security and Emerging Technologies, said China has “big, ambitious goals” and “big plans and the ability to think strategically.”

Weinstein pointed to China’s efforts in artificial intelligence not only at the higher education and doctoral level, but also at K-12, and the United States could learn from the Chinese approach, she said.

“There are many things that can be done at the state level in the United States to improve technology literacy at the K-12 levels of education,” she said.

Weinstein said it was impressive “to see how Chinese universities have really risen in the world’s top rankings over the past 15 years.” She noted that their lead had been a major part of the Chinese government’s strategy to attract talent, including overseas Chinese and foreigners.

Hass said, “I think one of the asymmetrical advantages of America has been its ability to attract the best talent from around the world who wants to come and live and work here and contribute to American society,” he said. declared. The United States is “currently underutilizing this asymmetric advantage,” he said.

Weinstein said the United States and China should not stop having conversations, at least at the research level, for academic collaboration.

“I would be scared if all the medical, biomedical and biotechnology researchers between the United States and China stopped talking. I think in terms of the progress of medicine in the world, we have to keep paying attention to this what the Chinese are doing and having these conversations with them,” she said.

2022-05-24
Previous Post: Gee tells lawmakers Reynolds Hall is a ‘laboratory for creative thinking’
Next Post: Global education in the “worst crisis of the century” following the pandemic