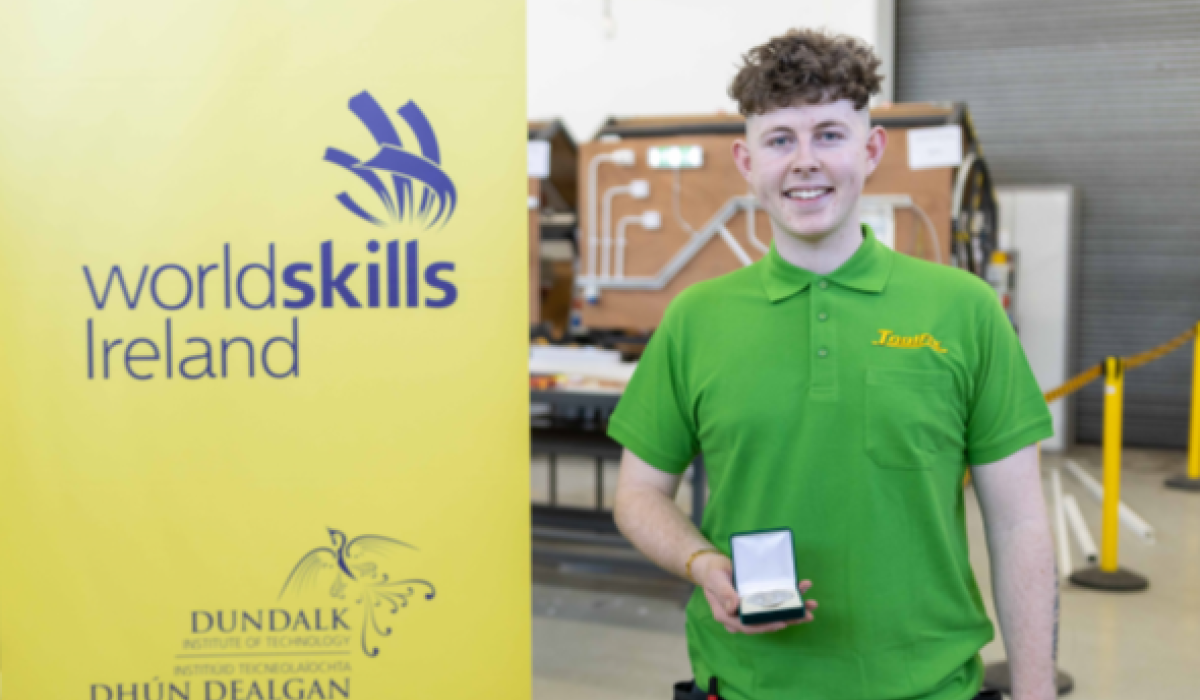 The Dundalk Institute of Technology is delighted to congratulate Damien Flynn on his incredible Joint National victory last week.

Damien was honored to receive a silver medal from the Department of Education and Skills.

This achievement highlights Damien’s individual dedication and commitment to his craft.

The final National WorldSkills Ireland competition was held at the DkIT campus, Electrical Installations competition, Skills 18 was made up of representatives from all parts of the country.

The event which took place in DkIT’s electrical workshop from March 21-22, 2022 was sponsored by local companies ToolFix and Bellews Electrical.

The joint victory means there will be a second round in DkIT to decide who will represent Ireland at WorldSkills, Shanghai in October 2022.

Damien was co-winner of the national competition alongside MTU’s Shane Walsh.

All individual regional competitors were tasked with installing an electrical installation within 14 hours, following a technical briefing provided by WorldSkills Ireland.

Their work was then judged on its electrical function, wiring, testing and inspection, quality of installation and measurements by a national panel of experts from WorldSkills Ireland.

DkIT has a long history of successful apprentices taking part in WorldSkills Ireland and this year we were absolutely delighted to add Damien Flynn from Blackrock, Co Louth to the Institute’s illustrious pantheon.

Damien is proudly supported by the teachers at DkIT, as a Center of Excellence in Learning, in conjunction with the HEA, SOLAS, the Department of Education and the Irish Government.

Gerard Galligan – Head of Electrical & Motor Trades DkIT “On behalf of DkIT, we would like to congratulate Damien on his success and wish him every success in his future.