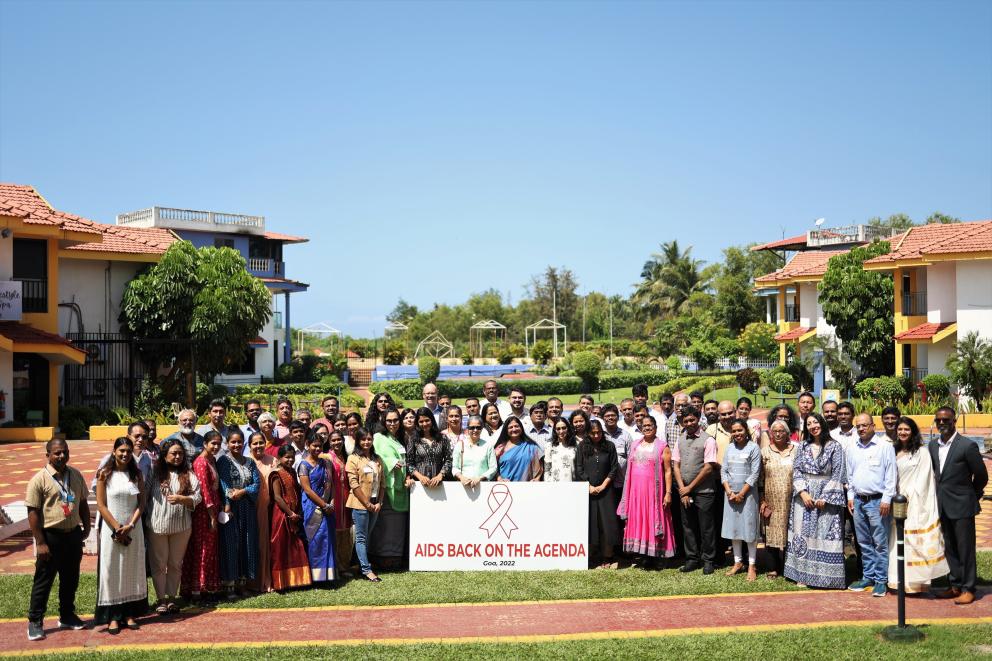 In India, young people are taking the lead in creative thinking to fight HIV

The mere presence of young people and teenagers changed the mood of the whole group,” said Gracia Ross, program manager for Ecumenical HIV and AIDS Initiatives and Advocacy at the WCC. “In this case, young people worked with others to develop strategies and activities, and they prioritized prevention of sexual abuse as a direct way to prevent HIV,” Ross said.

Young people also shared ideas for capacity building, especially for writing funding proposals and connecting with potential donors. “They also asked for a map of all existing youth organizations and platforms to start creating networks among young people,” explained Ross. “Young people have so many issues that put them at risk of HIV including violence, mental health and lack of job opportunities.

For some time before the consultation; India had problems with stock-outs of anti-HIV drugs. “Can you imagine?” Ross said, expressing surprise. “India is called ‘the pharmacy of the world!‘ ”

Most developing countries receiving Global Fund grants buy generic medicines produced in India. Ross herself has been using these drugs since 2005. “It is so hard to understand how HIV drugs and means of prevention such as condoms and treatment for sexually transmitted infections are out of stock in countries the size of India,” she said. declared. “I just asked the people in the consultation if the out-of-stock issue has been resolved for now – and it hasn’t.

People living with HIV in Goa used to collect their HIV medication every three months. Now they have to go to the health centers every month because of the shortage of supplies. “In the absence of HIV drugs, the viral load will increase and therefore the possibility of new infections will increase,” Ross said. “This cannot happen in a country like India.

Ross, an anthropologist living with HIV, was also struck by how the intersections of caste and class really complicate the situation for people living with HIV and affected communities already living on the margins.

“The situation in the northeast region of India is even more complex, as it faces other issues related to political conflicts and ethnic differences,” Ross said. “They asked the World Council of Churches and UNAIDS to replicate the consultation in this region because their needs are so special.

A panel of ten religious leaders each spoke for three minutes, sharing what they are already doing in the response to HIV. “Advocates were amazed at the tremendous work of faith-based organizations, from running local clinics to working with orphans and vulnerable children, to providing food support to people living with HIV and even the working with people who use drugs and have sex work,” Ross said. “We realized we were more alike than we thought.”

The participants also decided to issue a “call to action” which outlines what they consider to be priorities.

In fact, India has the tools to end AIDS as a public health threat by 2030, Ross insisted, but self-testing and prophylaxis must be stepped up soon.

“The HIV epidemic in India today is fueling social and economic inequality and this will be a challenge to ending HIV and AIDS,” Ross said. “The title we gave to the consultation – “AIDS back on the agenda” – was meant to be a provocative question: is AIDS really over?

According to the participants, it’s not over – and it’s worrying when people don’t want to talk about it anymore. “HIV is likely to stick around for a long time,” Ross said. “The question is whether our local commitment can be up to the challenge.