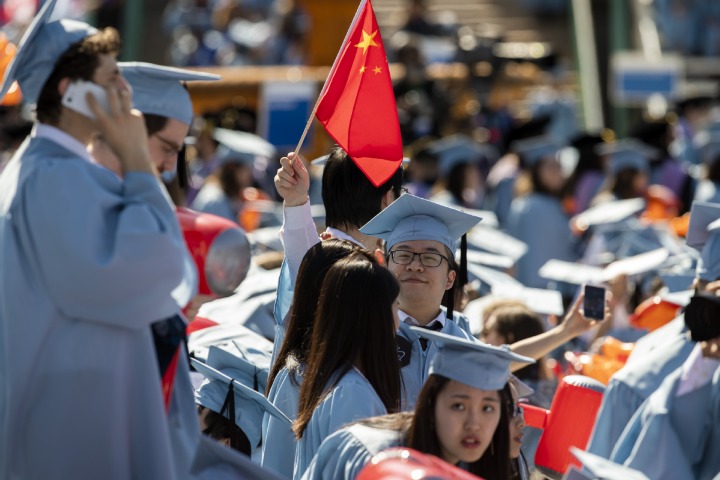 Over 80 percent of overseas Chinese students have chosen to return to China for work after graduating in the past decade, the Ministry of Education said on Tuesday.

In turn, the central government has opened a national employment platform to help these students find jobs, said Liu Jin, director of the ministry’s international cooperation and exchange department.

Liu made the remarks at a press conference while sharing some of the achievements the nation has made in international cooperation and exchanges in education since the 18th National Congress of the Communist Party of China in 2012. .

She said that 65 percent of China-foreign partnership education programs and institutes that have been established in the past 10 years have focused on the fields of science, engineering, agriculture and medicine.

These programs have enabled nearly 10,000 Chinese students who had planned to attend overseas schools to study at overseas universities while staying in China due to the COVID-19 pandemic, Liu said.

The government has also launched a series of policies to improve the quality of foreign students studying in China.

International students from 195 countries and regions studied in China in the 2020-2021 academic year, with 76 percent pursuing college degrees, up 35 percentage points from 2012, Mr. Liu.

A total of 159 countries and regions have opened Confucius Institutes and Confucius Classrooms, and China has signed degree recognition agreements with 58 countries, she added.