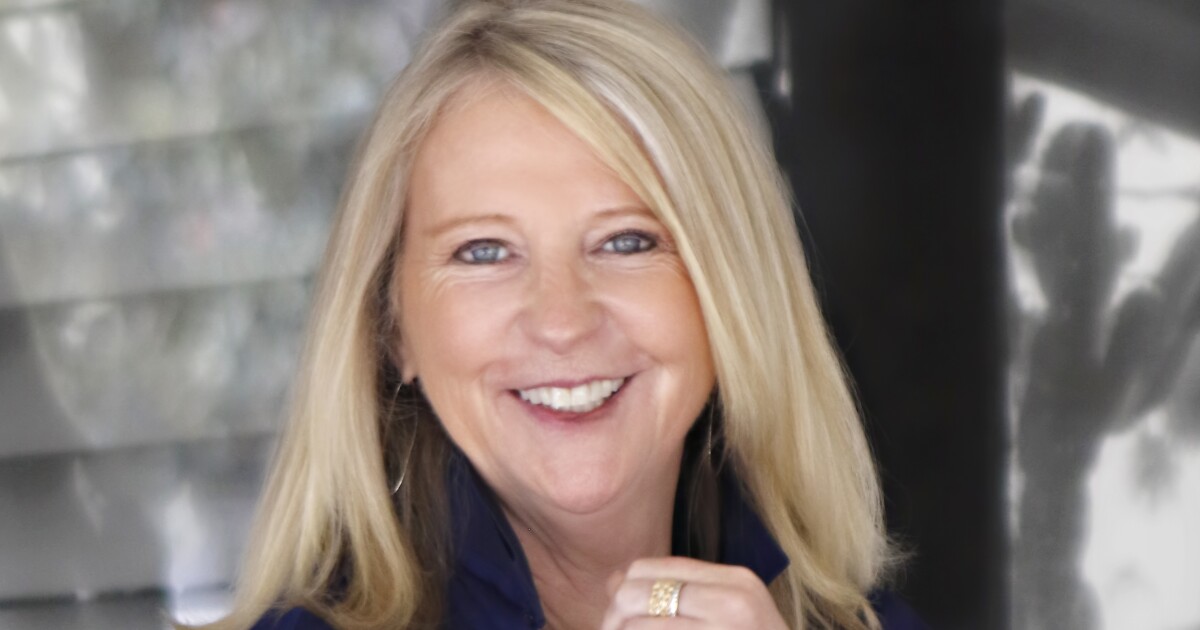 People in Your Neighborhood: Jennifer Luce Creates an Opportunity for Creative Thinking Through Architecture

Long La Jollan Jennifer Luce returns to the drawing board again and again, devising ways for children and families to cultivate creative thinking within her architecture.

Her efforts have earned her a wide range of community roles, most recently as co-chair of the New Children Museum’s 2022 gala, “Circus Spectacular.”

The gala, to be held Saturday, Nov. 5 at the Museum in Downtown San Diego and co-chaired by Dr. Laurie Mitchell and Ellen Moxham, is the annual fundraiser for the New Children’s Museum, which Luce called “wonderful, wonderful institution.”

Luce and members of her La Jolla-based architecture and design firm Luce and Studio collaborated with architect Rob Wellington Quigley in 2008 to design the interiors of the administrative offices, boutique, and main entrance of the museum, which “started our understanding of the meaning and purpose of the museum,” Luce said.

Since then, Luce – a La Jolla resident for 30 years – has interacted with many New Children’s Museum officials, sharing “a genuine passion for education in the arts and especially with children,” she said. .

While adults can enjoy the museum, “it’s a wonderful place for kids to be exposed to creative thinking,” Luce said. It is “the most important thing”.

Growing up in Montreal, Luce visited natural history museums, zoos and aquariums. “We didn’t have a children’s museum, and I think that’s an incredibly unique concept,” she said. “There are only a few others in the country.”

She said the New Children’s Museum “has been described around the world as groundbreaking in terms of not only allowing children to have fun… but also to learn while they do.”

Luce has no children but is proud of a niece she watched grow up. Although her niece is athletic, Luce said “her exposure to the arts has been really essential. … She’s really influenced by the arts.

Luce took her niece to the New Children’s Museum on tours. “It’s the first place she wanted to go. …So it’s a good indication of the power of experience for [children].”

Luce and members of the gala committee hope the Circus Spectacular fundraiser will raise $500,000 to support museum programs.

“The more people understand the purpose of the museum and all of its benefits, we will have a richer community in the future,” Luce said.

Luce is no stranger to museum plans, having completed a multi-million dollar, multi-year renovation for the Mingei International Museum in Balboa Park last year.

“We were looking at very minor changes to the building itself, almost infrastructural,” she said, “and as I started researching their mission, their work in the community, I realized that there was such an opportunity for them to have a wider reach. .”

After a six-month study “of potential opportunities for a craft design and folk art museum to reach our community in deeper ways,” the minor changes evolved into a $55 million “total makeover” that has closed the Mingei for three years. , she says.

The museum reopened in September and is “working so well already,” Luce said.

More than just a history lesson, the Mingei offers “a personal aspect to the collection that almost all of us can connect with,” Luce said.

“It’s different than hanging pictures on the wall or seeing sculptures,” she said. “It’s really about studying the history of cultures and then all the wonderful, beautiful everyday objects that they have developed over time. There are just hordes of children, families, and classrooms who come to the museum daily to learn about a truly unique art form.

Luce also lends her talents to the Enhance La Jolla streetscape plan which aims to renovate Girard Avenue between Silverado and Prospect streets and the area known as “The Dip” in Prospect.

“It’s another opportunity to advance the arts in a kind of engineering project to improve the streetscape while infusing it with curiosity and fantasy,” she said.

Besides large projects, Luce’s architecture practice is rooted in “an appreciation for art and how art can infuse itself into our daily lives, whether we’re designing a house for someone, a creative office, an art gallery or even a museum”. she says.

“I feel like we are capable of undertaking any level, scale or type of project, as long as there is a sensitivity to the influence the arts can have on us,” he said. she declared. “These are our most successful projects.”

Luce started her business Luce and Studio in La Jolla, moved it to downtown San Diego, then to Rose Canyon before returning to La Jolla. She said she likes working where she lives.

“The notion of being able to access our creative studio anytime is a real plus for me, and I think we’ve all learned a lot through the pandemic,” she said. “Going back and forth between home life and work life is really a dance that you have to navigate as you please.”

“We are really happy to be here and to contribute in any way we can,” added Luce.

People in Your Neighborhood spotlights notable locals we’d all like to know more about. If you know someone you would like us to profile, email robert.vardon@lajollalight.com. ◆