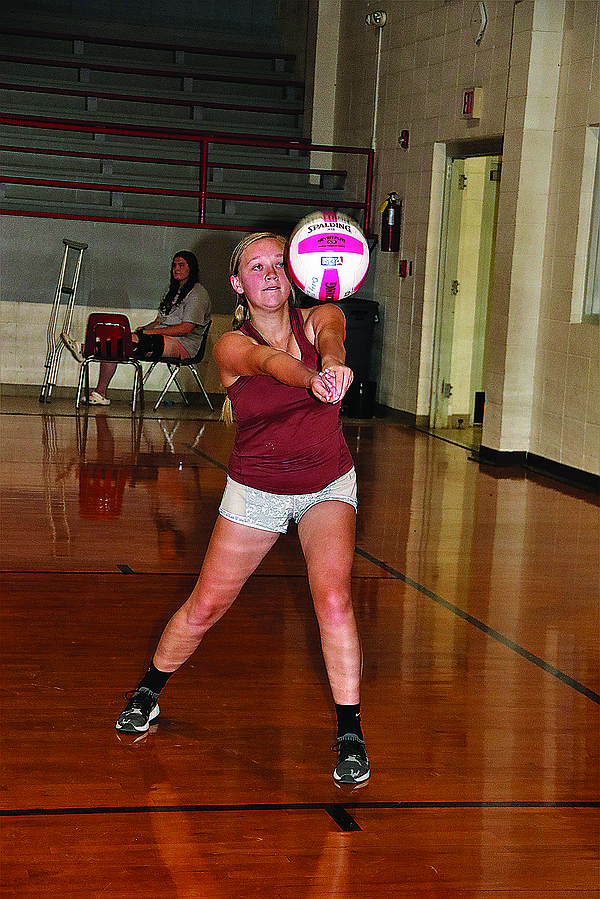 The volleyball season is less than a month away for Smackover, which will field a team for the very first time. The Lady Bucks will play college and JV schedules beginning August 22 at Emerson.

Smackover plans to play its home matches at Norphlet’s Gymnasium.

Coach Dennis Steele launched the program in the spring. He said only one girl in his program had ever played at another school.

“The girls are having fun. They worked hard. I told them every day that they needed to improve a bit,” Steele said.

“We just need a lot of work to play the ball and get it back into play, but it will come.”

Steele admitted that some of his young players will have to serve underhandedly. But, he said, the service has progressed quite well. Sydney Preston, he said, served 11 aces in a row in practice Thursday.

“I probably have, middle school and high school, I probably have 12 girls who can hit over the net consistently,” he said. “I was really impressed with the way they work and progress. It’s just a learning process. I learn. The children worked hard. I’m proud of them.

Steele said he has 21 junior high players and 18 competing on the senior JV roster.