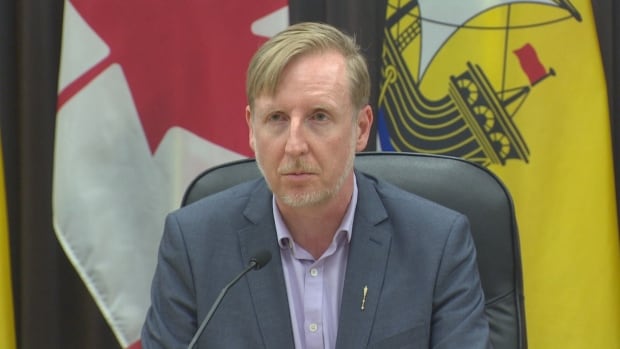 A course piloted by St. Thomas University teaches students how to sift through online misinformation, and the province’s education minister suggests the same be taught to elementary school children.

The University of Fredericton tweeted on Tuesday that it was offering a new course from its English department called Digital Literacy, saying it “will equip students with the skills they need to be critical thinkers in an age of media. social media and fake news”.

David Shipley, CEO of Beauceron Security, a Fredericton cybersecurity firm, retweeted it, adding “Love it but we need it in high school,” and tagged the Minister of Education and Community Development. childhood, Dominic Cardy, in the post.

The new course and Twitter exchange on the youth of recipients of such teaching comes after years of experts raising the alarm about the impact of misinformation on public trust in institutions and democracy in general.

This week, the Chief Electoral Officer of Canada released a report on the last two federal elections. Among other things, he called on online platforms to publish policies outlining how they will combat the spread of misinformation “that inaccurately describes election-related procedures during the election period.”

In March, the Canadian Election Misinformation Project, run by McGill University and the University of Toronto, said it discovered messages claiming that Canadians who were not fully vaccinated would not be able to vote had been circulated widely. on social media during the last election.

The COVID-19 pandemic has brought its own wave of misinformation about vaccines and the severity of the disease.

“I think that’s something we should probably see earlier in the school system, at least at the secondary level, but maybe even a starting point at the primary level.

“Teaching people how to think critically is an absolute asset to us in the world we live in,” Shipley said.

He said the course was born out of a recognition that university students rely more heavily on online material not only to do their homework, but also to shape their view of the world.

One of the concepts included in the course is that of vertical versus lateral reading.

With vertical reading, students are guided on what to look for when analyzing an article or piece of information for any bias or agenda, Klein said.

Klein said the concept is key to being able to analyze how an event or idea is presented and then compare it to how it is done by other sources.

“I’m thinking of things like the recent convoy situations in Canada, for example,” Klein said. “Depending on which social media platforms or news outlets you looked at, you were getting a completely different story about what was going on there.”

Ever since Klein was a college student himself, he’s noticed how technology has changed the way students access information.

Because there’s so much out there for them, they haven’t always or haven’t always given themselves a moment to think about where it all came from.-Andrew Klein, assistant professor of English at St. Thomas University

One such example is when he was teaching a class for which one of his own books was on the reading list.

While in class, he noticed that some of the students were following along on their laptops, and after inquiring about this, he discovered that they had accessed his book from an illegal site that republishes copyrighted works.

“And so I would say that this generation, because there’s so much going on for them, they haven’t always or haven’t always given themselves a moment to just think about where it all came from.

“And hopefully this course will get them to slow down or pump the brakes a bit and rethink where their information is coming from.”

A need for the same in the early stages of education

The fact that some college students need help analyzing what’s real online is evidence that education is needed at earlier stages, Klein said.

Additionally, he noted that not all high school students will get a post-secondary education and exposure to classes like the one offered at St. Thomas.

He said he’s noticed his kids getting instruction in elementary school and middle school about online safety, but doesn’t think it goes far enough.

“They should have even more, if not at the primary level, at the secondary level, because really, once students hit their teens, they use the internet hard.

“So they really need to start thinking about what they’re reading, where it all came from. So absolutely, I totally agree.”

Education Minister Cardy did not respond to an interview request.