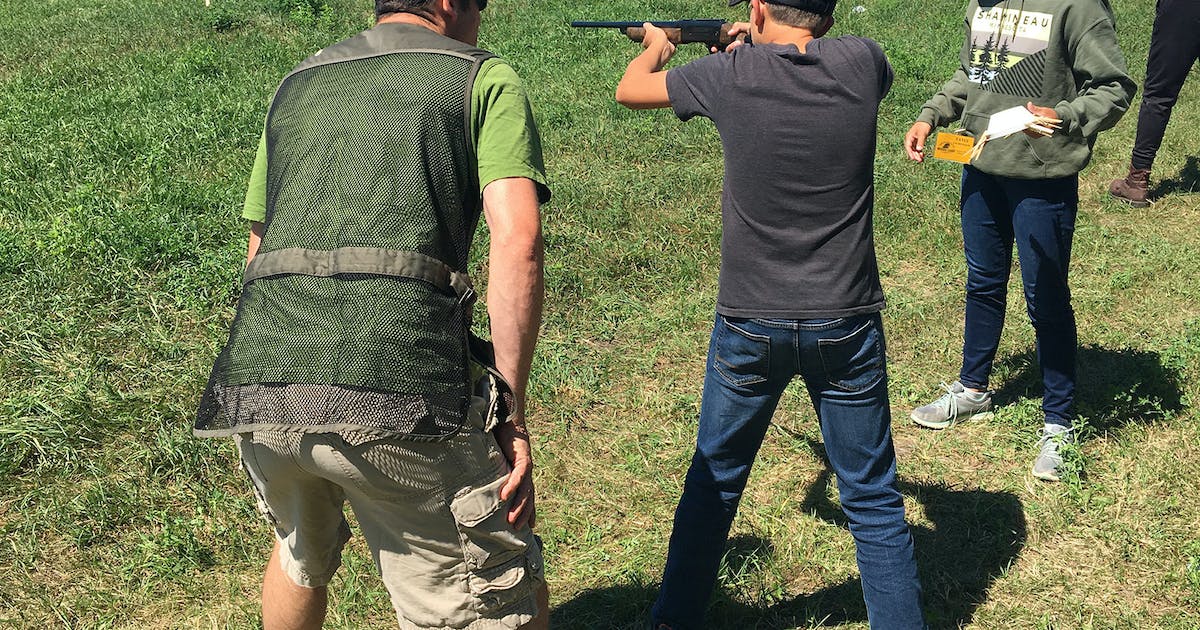 Whether it’s primarily for the love of children, the love of ducks – or both – Woodie Camp lives on again.

The province of years gone by of the defunct Minnesota Waterfowl Association (MWA), Woodie Camp was and remains a summer camp for kids who want to learn about waterfowl and waterfowl.

It’s also a place where phalanxes of volunteers pass on skills like duck calling, retriever training, and shooting, while imbuing young campers with an ethic of lifelong conservation.

“We’ve been planning this for three years,” said Brad Nylin, former executive director of the MWA who, along with Tony Rondeau of Fergus Falls, a retired US Fish and Wildlife Service biologist, is one of the main organizers of the Woodie. Camp reconstituted.

The fact that the camp is taking place is a testament to the goodwill that exists among Minnesota waterfowl hunters. This is especially true at a time when COVID and its disruptive threat must be considered whenever people gather.

“We have campers and volunteers in the camp ranging in age from 13 to 75,” Nylin said. “Some volunteers only come for a day or two, others longer. We test for COVID every time someone comes to camp and keep an eye out for symptoms. We’ve had a great week, and a healthy one, so far.”

The fear of many MWA members was that when their group folded in 2019 due to financial difficulties, Woodie Camp would disappear as well.

From the earliest days of Minnesota, the many physical skills that come with duck and goose hunting have been passed down from parent to child.

But as society has changed and more single-parent families have emerged, for example, these generational ties have frayed, jeopardizing the future of waterfowl hunting and other outdoor pursuits. inherited.

Since its founding in 1989, Woodie Camp has helped hundreds of young people develop waterfowl hunting skills, the acquisition of which often sparks in enthusiasts a passion for spending time outdoors in the fall – and a passion too. to conserve aquatic habitats on which ducks and geese and other wildlife depend.

It has always been the goal of Woodie Camp organizers that children attend for free or at nominal cost. The only prerequisite for participation is that children must have their hunter’s safety certificate.

After the dissolution of MWA, the Fergus Falls Fish and Game Cluba century-old organization, has pledged to be a major backer of Woodie Camp if it continues.

Over the past 24 months, other sports clubs across the state have also pledged to help financially. The result: The 26 kids at camp this week, from across Minnesota from Owatonna to Moorhead, each had their $1,000 tuition paid, allowing them to attend for free.

“Our message to children about having their expenses reimbursed is our hope that when they return home, they will get involved in local conservation,” Nylin said.

Matthew Smith, 28, from Willmar first came to Woodie Camp in 2008 as a 14-year-old camper. Most years until 2019 he was back at camp, first as a counselor and more recently as an instructor.

He is on site again this week, taking a week off from his work as a pharmacist to help out.

“It’s an opportunity to spend a week with people who are passionate about ducks and duck hunting,” Smith said, “with the goal of passing that on.”

From 7:30 a.m. to 10:30 p.m., Woodie Camp runs on a tight schedule because there’s a lot to teach and a lot to learn. In addition to duck calling, shooting, and retriever training, outdoor photography is taught, as is duck and geese identification.

No less than 35 volunteer instructors offer their expertise at Woodie Camp.

“The cool thing about camp is that the kids want to be here and want to learn,” Nylin said. “Most don’t know anyone else when they arrive, but they quickly mingle with each other at the start of class. ”

An advanced Woodie camp for up to 15 children is planned for October during the MEA weekend.

“This camp will provide supervised hunts for those who attend and give children a chance to practice the waterfowl hunting skills they have learned in the field,” Nylin said. “The cost will be $400, although we have scholarships available. We ran this camp last year and had nine campers.”

More information on the two camps is at https://tinyurl.com/bdfkha55.