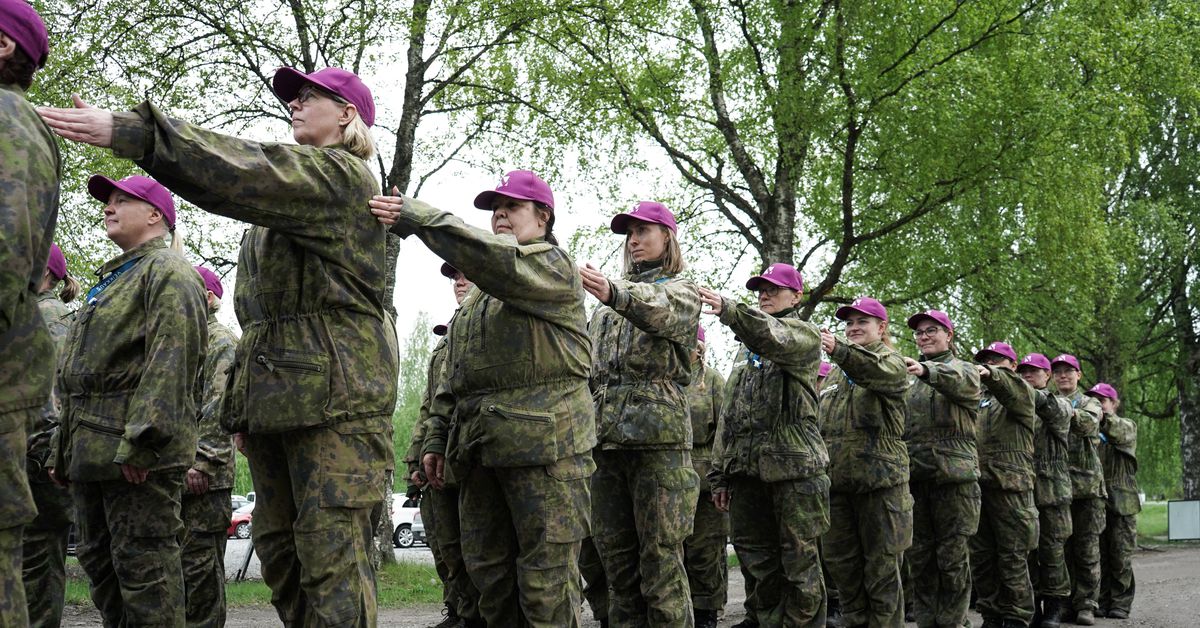 Worried about Russia, Finns sign up to learn defense skills

HATTULA, Finland, June 6 (Reuters) – Just days after Russia attacked Ukraine on February 24, Finnish entrepreneur Sissi Moberg found herself scouring the internet for courses that could teach her how to defend the Finland in the event of a military attack.

“I felt very sad for the Ukrainians. And then I started worrying about Finland and wondering what I could do about it,” the 46-year-old mother of four told Reuters.

Within weeks, Moberg was taking a course for reservists and learning how to use a firearm and how to move around a battlefield.

The war in Ukraine has caused great concern in Finland, which shares a 1,300 km (810 mile) border with Russia and which during World War II fought two wars against the Soviet Union that cost it a tenth of its territory. About 100,000 Finns were killed.

Spurred on by the invasion, Finland broke with decades of domestic defense and security policy last month when it applied to join the NATO military alliance. Read more

The Finnish Women’s National Association for Emergency Preparedness said demand for their courses had increased since February.

“Right after the outbreak of war, our phones started ringing and emails poured in…and of course the demand for training increased,” said Suvi Aksela, the association’s communications manager.

This trend is part of Finland’s long tradition of wartime volunteering among women who, unlike men, are not required to do military service.

About 19% of Finland’s 13,000 professional military personnel are women, according to army data, although only 1-2% of conscripts are women.

Last week, Moberg was back for more, this time about a survival course run by the Women’s Preparedness Association at a military base in Hattula, 100km from Helsinki.

For three days, she and more than 300 other women learned how to set up camp, start a fire in the rain, navigate the forest and do first aid.

“I’m one of the last people my loved ones would have expected to attend classes like these since I’ve been a princess, kinda whimsical,” Moberg said.

Another 500 women were on a waiting list, according to the Women’s Preparedness Association, a volunteer group that runs annual training sessions for civilian women on skills needed in crisis situations. It receives public funds and can use military facilities and equipment for training.

Moberg is not alone in her concerns or her desire to help defend Finland. According to a poll released by the Ministry of Defense last month, 85% of Finns now believe that Russia has a negative effect on Finland’s security, up from 34% in 2007.

The same poll showed that 83% of Finns think they should take up arms in the event of a military attack on their country, even if the outcome seems uncertain.

“It’s a good country to live in and raise children in. It’s definitely worth fighting for,” she said.

“The will to defend our country is very strong in Finland,” said another course volunteer, Satu Miettinen, who was raised by her grandmother, who served as a volunteer during World War II.

She taught Miettinen, as many other Finns also learned, that Moscow could attack Finland again.

“Because of that, I always had this suspicion,” the 36-year-old said.

Moberg says she will take more preparedness courses to be ready for a crisis, whether it’s a major accident at a nuclear plant or a natural disaster.

“Courage doesn’t mean not being afraid, but acting despite it,” she said.